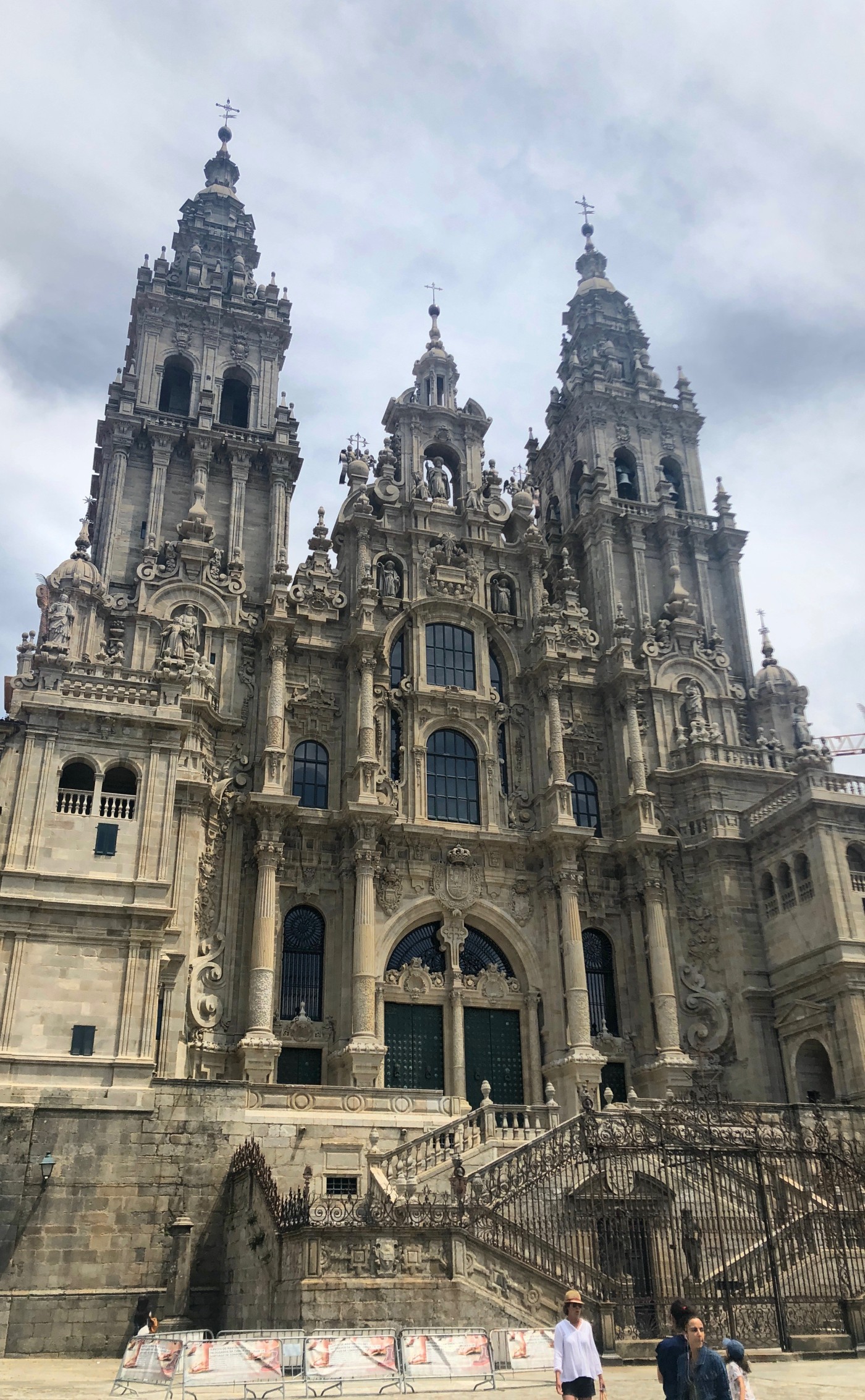 From mid-May thru mid-July, 2019, I walked from Toulouse, France to Santiago de Compostela, Spain by stringing together several caminos and GR trails. This was the continuation of my 2018 walk from Menton, France to Toulouse.

In the data box above:

From Toulouse, France to the Spanish border. In reality, I did not stick with the Via Tolosona all the way because I wanted to go thru Lourdes. So, at Maubourguet, France I switched to the GR 101, which took me to Lourdes. From Lourdes, I took the Chemin Piemont to Oloron St. Marie where I reconnected back with the Via Tolosona.

While Lourdes is packed with pilgrims, there are very few who walk to it from the Via Tolosona. Several nights I was by myself in the gite (hostel). I think there are more who arrive via the Chemin Piemont. After Lourdes, it picked up some. I still walked by myself but there were fellow pilgrims at every gite, every night. And in Oloron St Marie, where several paths intersect, the gite was full. I’m glad I had made a reservation.

The Via Tolosona connects to the Camino Aragones on the Spanish border at Col du Somport or the Somport Pass in the Pyrenees. This is a beautiful camino with very few pilgrims. It’s my understanding that the number has declined in recent years. Probably because of the limited services. You can find albergues (hostels) at regular intervals but there are several days where there were no cafes, restaurants or grocery stores between stops.

I had already done the Camino Frances in 2014 and this time I was only going as far as Leon. The Frances had always been very busy but I had heard that over the ensuing five years it had become unbearably crowded. So, originally, I planned on just taking a bus or train from Puenta le Reina to Leon and completely skipping the Frances. However, I like the idea of a long uninterrupted walk. So, I kept going.

Yes, it is significantly busier than five years ago. There are many more sections where there are traffic jams. You wonder if this is the limit of what the path can handle but that’s what a lot of people were saying five years ago. There are also more albergues. And the albergues, especially the private ones, have significantly upped their game. Many are new or have been recently renovated. Quite a few have bathrooms with paper towels and soap. Practically every private albergue has private rooms for rent. Another trend is the addition of swimming pools. Not common but enough have them that it was noticeable.

From Leon you can head west to Santiago de Compostela on the Camino Frances or north on the Camino de San Salvador. I headed north. Not a lot of people but had company every night. Very nice but would consider it the toughest camino. And if you are afraid of heights, there are sections that are nerve racking.

While no where near the crowds of Camino Frances, the Primitivo is pretty popular. You have to be aware of how large a bubble you’re traveling in, where you’re heading, the number of beds available there and then plan accordingly. The Primitivo actually terminates in Melide, where it is another day and a half on the Frances to Santiago de Compostela.

This site uses Akismet to reduce spam. Learn how your comment data is processed.