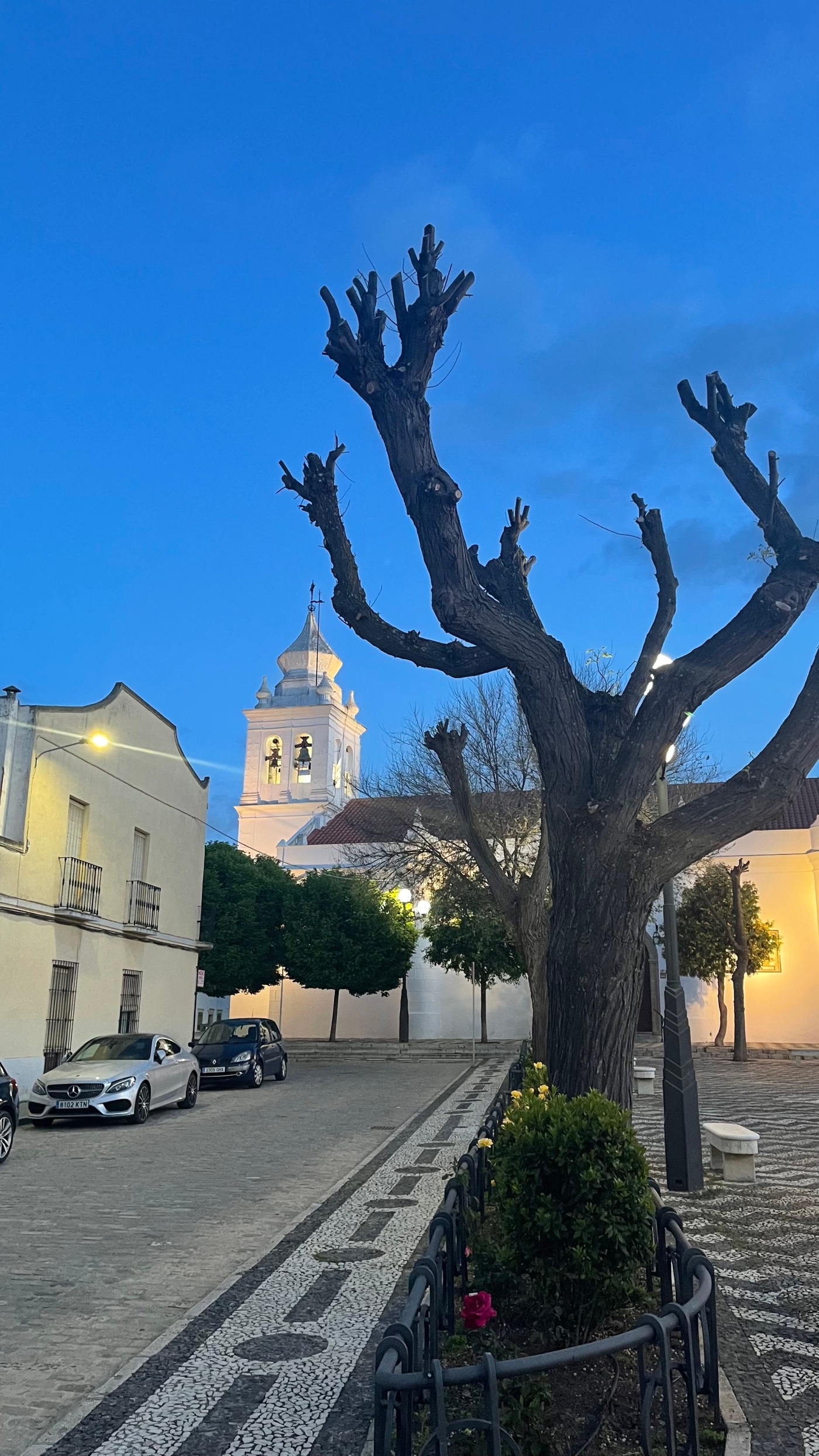 There are no towns, villages, cafes or bars on the way to today’s destination – Torremejia. So, last night we stocked up on bread, cheese, fruit, etc. It was flat and all of it through farms, mostly olive trees.

We saw a lot of pilgrims today. I even got a picture. Actually, it wasn’t a lot but we saw the same ones. A group would stop to eat/rest and we would pass them. Then we would stop and they would pass us.

The road was being repaved. I guess re-gravelled and packed. Looks like it was being widened and new gutters put in. We stopped at one of the gutters to eat.

Via de la Plata should really be done in the Spring. The wildflowers are beautiful. I suspect in the Fall and Winter everything is brown.

We didn’t really want to stay in Torremejia. There is one albergue and it has terrible reviews. One of the two restaurants is owned by the same guy who owns the albergue. The restaurant has mixed reviews. The complaint seemed more with the staff than the food – loud, obnoxious and rude. The lone hotel had bad reviews also. There are still quite a few albergues that have not reopened because of COVID. The private ones couldn’t weather not having any customers for nearly two years. And the municipal ones are having a hard time getting anyone to run their’s. We knew this was going to be an ongoing problem where we would have to do long days, interspersed with very short one.

We have to stay in Torremejia and I book a room at the only hotel in town.

I think the hotel and room is ok. Kay thinks both are scary and doesn’t want to touch anything. We don’t want to stay in the room more than we have to and head out as soon as we can. There is a bar/restaurant right across the street. It is the one owned by the bad albergue. We stop for a drink and find out what the reviews meant. We decide to check out the only other bar/restaurant in town and check out their menu and when they open for dinner. Nope. They are fixing to close and will not open that day for dinner. So, bad albergue restaurant it is for dinner. Naturally, all the other pilgrims staying in town, end up there for dinner, also. We see the four German guys, the French group and the two Dutch guys.

The meal isn’t bad but we quickly figure out who the owner is. Yes, he is loud and obnoxious.

Chicken breast and fries for me and eggs and vegetables for Kay. That’s the 2nd. Kay’s was barely edible because it had way too much salt. Normally, Spanish food is way underseasoned but I think the owner went overboard on it because I asked for salt for my 1st plate. My chicken and fried has no salt. I think the 1st was lentil soup which was really good.

We eat, go to bed and get out of dodge as quickly as possible the following morning.

This site uses Akismet to reduce spam. Learn how your comment data is processed.